February 04, 2019
I consider Dr. Jim Fetzer a hero and among the “Re-Founders of America” for leading research beginning with proving President Kennedy was assassinated by our own government, and continuing to the present with game-changing documentations with experts.

“On 27 November 2018, the Minneapolis law firm, Meshbesher and Spence, Ltd., filed a suit against me on behalf of its client, Plaintiff Leonard Pozner, for defamation… I do not want the case to be dismissed. I want to have a formal, legal resolution.

The Complaint is narrowly drawn to focus on assertions I have made–no doubt, hundreds of times–that the death certificate that Leonard Pozner gave to Kelley Watt is a fabrication, where the Complaint cites two instances in which I made that assertion, one from Ch. 11 of the book, NOBODY DIED AT SANDY HOOK (2nd edition, 2016), which I edited, and one from “How We Know Sandy Hook Was A FEMA Drill, Nobody Died, for an Anti-Gun Agenda” (5 August 2018), published as a contribution to SANDY HOOK TRUTH: MEMORANDA FOR THE PRESIDENT (2018).

The Complaint (paraphrasing for simplicity) alleges that those assertions are false because the death certificate is not a fabrication or forgery or fake (all words I have used to describe it) and does not differ “in any material respect” from the death certificate certified by the State of Connecticut. It further alleges that my assertions were made in reckless disregard of the facts and intended to harm Plaintiff’s reputation and subject Plaintiff to public contempt, disgrace, ridicule or attack. By my ANSWER, I categorically reject and deny each and every one of these allegations.”

If you’re interested, here is an online version of Nobody Died at Sandy Hook, edited by Jim and Mike Palecek, with chapters by thirteen experts, including six Ph.D. professors.

Army Psyop’s strong 65-minute discussion with Jim on his testimony responsive to the lawsuit (removed by YouTube on Feb. 6, 2019):

The lawsuit Jim answers and will counter might become more important than the King Family civil trial, where the comprehensive and objective evidence produced jury verdict of US government guilt for Martin’s assassination:
The evidence proving the “official” explanation of Sandy Hook is false is just as powerful as the King Family civil trial, as I hope you’ve considered from the above video.

Both subject areas are immensely important and game-changing when recognized by the American public.

For Sandy Hook, I have contributed that the “official” story of the 20 alleged mothers’ of alleged 1st grade student victims' average age giving birth of 36 makes for impossibly-old parents: odds of this being true are about 109,418,989,131,512,370,000 to 1. With more detail here, let’s spend a few paragraphs in consideration of this one detail among dozens that argue the only rational position is to challenge the “official” story:

According to the CDC, the percentage of US mothers giving their first birth at age 35 or older for 2006 is ~8%; about 1 in every 12. Pew Research Center reports that American mothers’ age 35 or older for any birth is 14%. Therefore, let’s estimate the percentage of 1st grade students’ mothers ages being 36 or older at 11%: about 1 in every 9. Age 36 is nine years above CDC average of age 27 for mothers with any number of children giving birth in 2006.

This means in an average US classroom of 27 1st grade students, 24 moms would be younger than 36, and only 3 would be 36 or older. To calculate the odds that the average age of Sandy Hook mothers at birth was 36, we multiply 1/9 to itself 20 times. This is the same method for the odds of flipping a coin: multiply 1/2 times the number of flips to have the odds of all heads or all tails (the odds of two straight heads is 1/4, 20 straight heads or tails is 1 in 1,048, 576 by placing 2 in the number to calculate, then looking at power of 20).

Jim’s Comprehensive Overview of the Death of JFK in two hours from 2019:


**
I make all factual assertions as a National Board Certified Teacher of US Government, Economics, and History (also credentialed in Mathematics), with all economic factual claims receiving zero refutation since I began writing in 2008 among Advanced Placement Macroeconomics teachers on our discussion board, public audiences of these articles, and international conferences (and here). I invite readers to empower their civic voices with the strongest comprehensive facts most important to building a brighter future. I challenge professionals, academics, and citizens to add their voices for the benefit of all Earth’s inhabitants.
**
Carl Herman worked with both US political parties over 18 years and two UN Summits with the citizen’s lobby, RESULTS, for US domestic and foreign policy to end poverty. He can be reached at Carl_Herman@post.harvard.edu

Note: My work from 2012 to October, 2017 is on Washington’s Blog. Work back to 2009 is blocked by Examiner.com (and from other whistleblowers), so some links to those essays are blocked. If you’d like to search for those articles other sites may have republished, use words from the article title within the blocked link. Or, go to http://archive.org/web/, paste the expired link into the box, click “Browse history,” then click onto the screenshots of that page for each time it was screen-shot and uploaded to webarchive (blocked author pages: here, here).

Popular posts from this blog 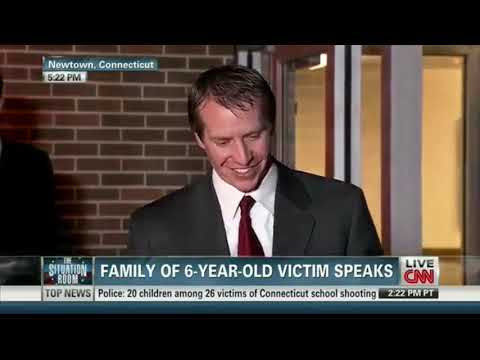 show trial: noun(especially in a totalitarian state) the public trial of a political offender conducted chiefly for propagandistic purposes, as to suppress further dissent against the government by making an example of the accused."Trial by jury; verdict in civil cases. Section 5. The right of trial by jury shall remain inviolate, and shall extend to all cases at law without regard to the amount in controversy; but a jury trial may be waived by the parties in all cases in the manner prescribed by law."  ~ Wisconsin State Constitution
"Free speech; libel.Section 3. Every person may freely speak, write and publish his sentiments on all subjects, being responsible for the abuse of that right, and no laws shall be passed to restrain or abridge the liberty of speech or of the press. In all criminal prosecutions or indictments for libel, the truth may be given in evidence, and if it shall appear to the jury that the matter charged as libelous be true, and was published with go…
Read more

July 4, 2019 interview with JFK, MLK, RFK: Life or death choices FOR ALL OF US in America’s 2nd Revolution for Independence 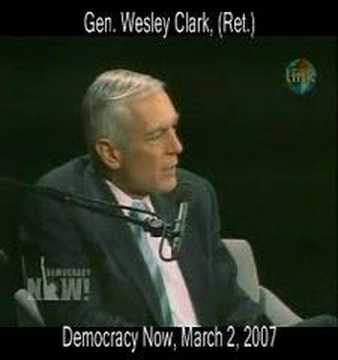 hat tips to all the linked researchers.
“Constitutional governments and aristocracies are commonly overthrown owing to some deviation from justice…the rich, if the constitution gives them power, are apt to be insolent and avaricious… In all well-attempered governments there is nothing which should be more jealously maintained than the spirit of obedience to law, more especially in small matters; for transgression creeps in unperceived and at last ruins the state, just as the constant recurrence of small expenses in time eats up a fortune.”  ~ Aristotle,Politics, Book V. 350 B.C.E. (emphasis added)
“In every stage of these Oppressions We have Petitioned for Redress in the most humble terms: Our repeated Petitions have been answered only by repeated injury. A Prince whose character is thus marked by every act which may define a Tyrant, is unfit to be the ruler of a free people.”  ~US Declaration of Independence, 1776.

“In the beginning of a change, the patriot is a scarce man, and brave and …
Read more

To repeat the context I see:
March Madness is no more nor less madness than any other month in the Emperor’s New Clothesongoing human condition to witness naked parading .01% illegal US empire without public demand for “leadership” arrests.
US .01% “leaders” in politics, money, corporate media/public education are criminally complicit in OBVIOUS CRIMES centered in war, poverty, and looting that annually kill millions, harm billions, and loot trillions.
An arrest is the lawful action to stop an apparent crime. One day, Americans will look back and wonder how such flagrant evil was allowed to operate so openly with so few of us demanding arrests. But that day of justice is not yet here, so we messengers continue our calls.
Q is a White House insider (and here) as proven by coordinated posts timed to President Trump Tweets with identical language. Q has promised .01% arrests for 2.5 years.
In order to maximize White Hat mobility and flexibility to conduct .01…
Read more

Carl Herman
Carl Herman is a National Board Certified Teacher of US Government, Economics, and History; also credentialed in Mathematics. He worked with both US political parties over 18 years and two UN Summits with the citizen’s lobby, RESULTS, for US domestic and foreign policy to end poverty. He can be reached at Carl_Herman@post.harvard.edu